Instead of a straight bio of my life, I thought I would do a timeline to get a flavor. I tend to do a lot of personal references both in my preaching and my bulletin articles.

1960:Born in Saint Ansgar's Hospital, Moorhead, MN to William J and Kathleen Beeson, the youngest of 7.

1975-1979:Shanley High School, Senior Mathematics Award, interested in Drama and Chess. Upon graduation stopped going to church. Just was not interested. Did not stop believing

1980:Moved to Minneapolis and attended Brown institute for Radio broadcasting. Worked for 2 years at a restaurant named "The Restaurant".

1982:Got my first and only radio gig in Carrington, ND. Was fired six weeks later. Moved back to Fargo.

1986:Honorably discharged from the Army and moved back to Minneapolis

1986-1999:Worked full time continuously at a plasma center in Minneapolis as a Phlebotomist and a QA Supervisor. Perfect attendance record. Continued to work full time while doing all the other activities in that timeline.

1988:Found my faith again and started going back to Church again at St. Olaf in Minneapolis. That led me to volunteer as a Eucharistic minister, Lector, counter of collection, and a part time job as usher/security.

1995:Felt God was calling me to the priesthood, but my will persisted.

1999-2005:Seminary, Teaching Parish: St. John the Baptist, New Brighton. Ordained in a class of 15 for the Archdiocese. 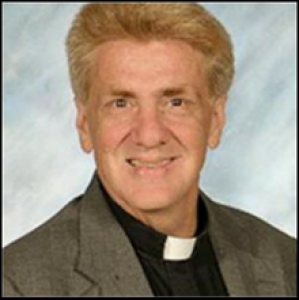